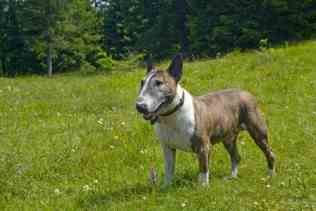 The Bull Terrier is a small muscular dog, especially around the shoulders the bull terrier is distinguished by its muzzle. Its most distinctive feature is its head, which is almost flat at the top, sloping evenly down to the end of the nose with no stop. The eyes are small, dark, almond-shaped and closely set. The body is full and round, while the shoulders are robust and muscular and the tail is carried horizontally. When properly trained tends to be friendly and have a good temperament. Known for his sense of humor he is an outgoing dog with a dominant nature who needs firm handling by his owner. A tenacious fighter, he is most often dog-aggressive and has a high prey drive towards small animals such as cats.

Bull terriers are playful, clownish obedient but also sometimes rough. They need firm training and are not recommended in a house with other pets. Bull terriers are energetic and fearless and will become attached and protective of their owners. Not recommended around small children as they will not tolerate teasing.

The Bull Terrier has a short thick coat and is an average shedder.

Because of the original attention to breeding the dogs who had white fur, hereditary deafness, heart disease, kidney failure and skin allergies may occur. Dogs with colors are less likely to receive these genes. Other health concerns include hereditary zinc deficiency, renal problems, and spinning disorder.

Bull Terriers need plenty of exercise, as well as mental stimulation. They should be walked and given a mental work out as well. They should also be kept on a leash when in public.

Puppies need early socialization to prevent them from becoming dominant or possessive. 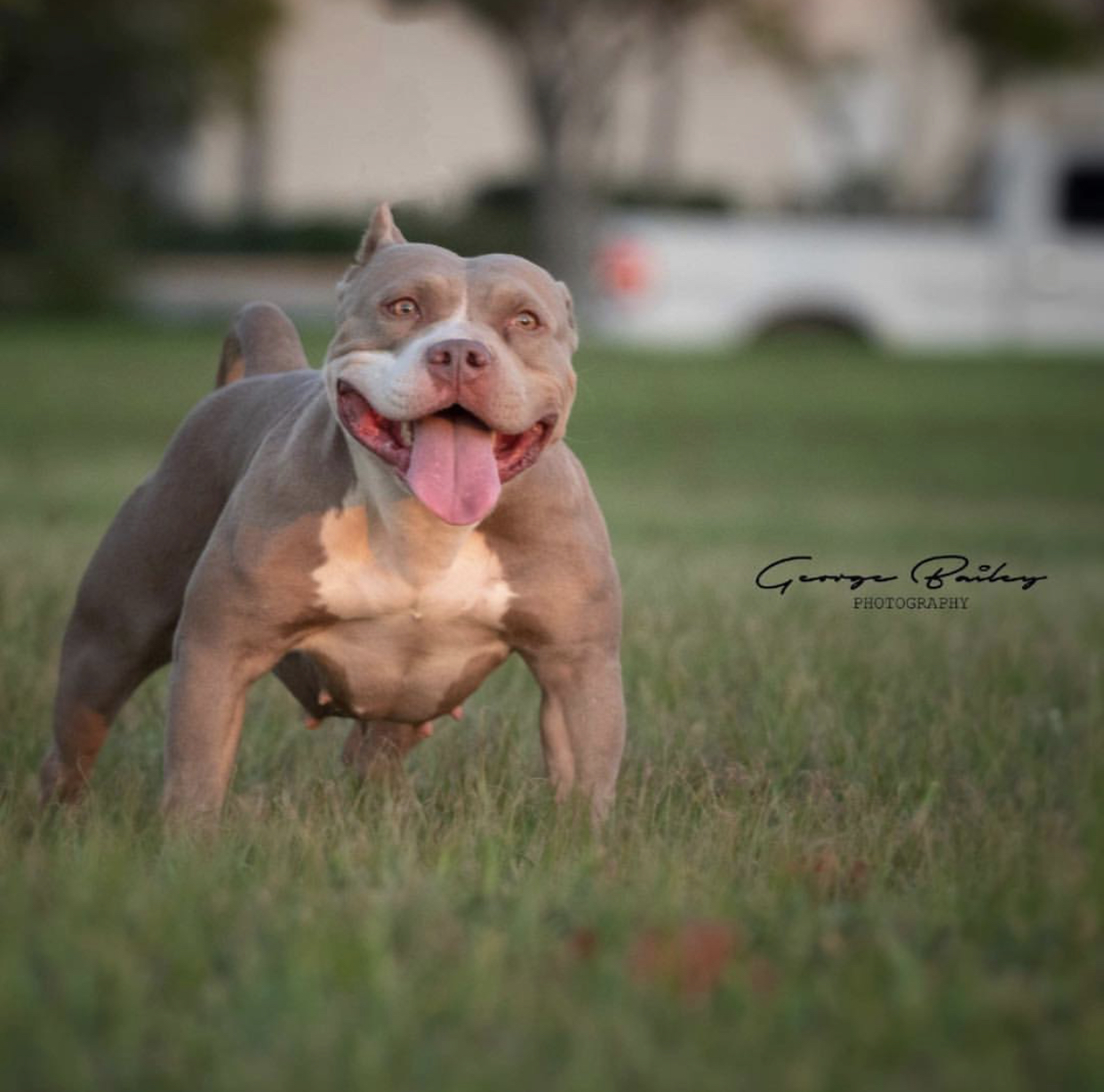