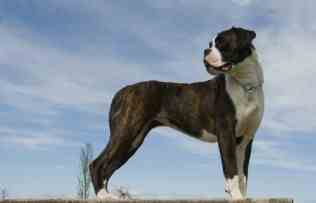 Boxers are medium, well-balanced dogs that feature a square frame. With short backs and strong limbs, these dogs are sturdy and thickly muscled. This breed is often seen with docked tails at the end of their short, tight-fitting coats. They are attentive, energetic and devoted to their masters. Boxers play well with children as they are gentle and patient as well as active and curious. With high levels of intelligence, they are quick and eager to learn yet can be sneaky or stubborn at times. They behave well with other household animals but are not immediately trusting toward strange pets or people. This instinct makes Boxers good guard dogs. They are a breed that combines agility and strength with style and elegance.

Boxers are known to be playful and boisterous with family and friends whom they are familiar with. They will be patient and almost stoic toward children. While these dogs are careful and wary toward strangers, they desire lots of human companionship. They do not show fear towards those they do not know, instead they display strong courage when they feel threatened. Boxers have a protective nature toward their family and home making them great guard dogs who have been used widely by the military and police forces. Other than being courageous, these dogs are highly intelligent, loyal and affectionate. Boxers are always eager to work or play and will be quite boisterous, even as they age. They are athletic dogs who love jumping. Be sure to train your Boxer not to jump or be boisterous towards people when it gets excited. Because this breed requires mental and physical exertion, it is not highly recommended for slow moving or easy going people.

Boxers feature a short, smooth coat that hugs closely to their bodies and only requires an occasional brushing.

This breed is usually rather healthy but does have health concerns including minor digestive problems. Boxers may be susceptible to hypothyroidism, hip dysplasia, heart murmurs and tumors.

Be sure to take Boxers on long walks or daily runs as they are energetic creatures that need ample exercise.

This breed does well with obedience training and will accept it well. They should be consistently trained beginning at an early age by a firm, dominant owner. Additionally, Boxers need to be socialized in order to get along well with other household pets. 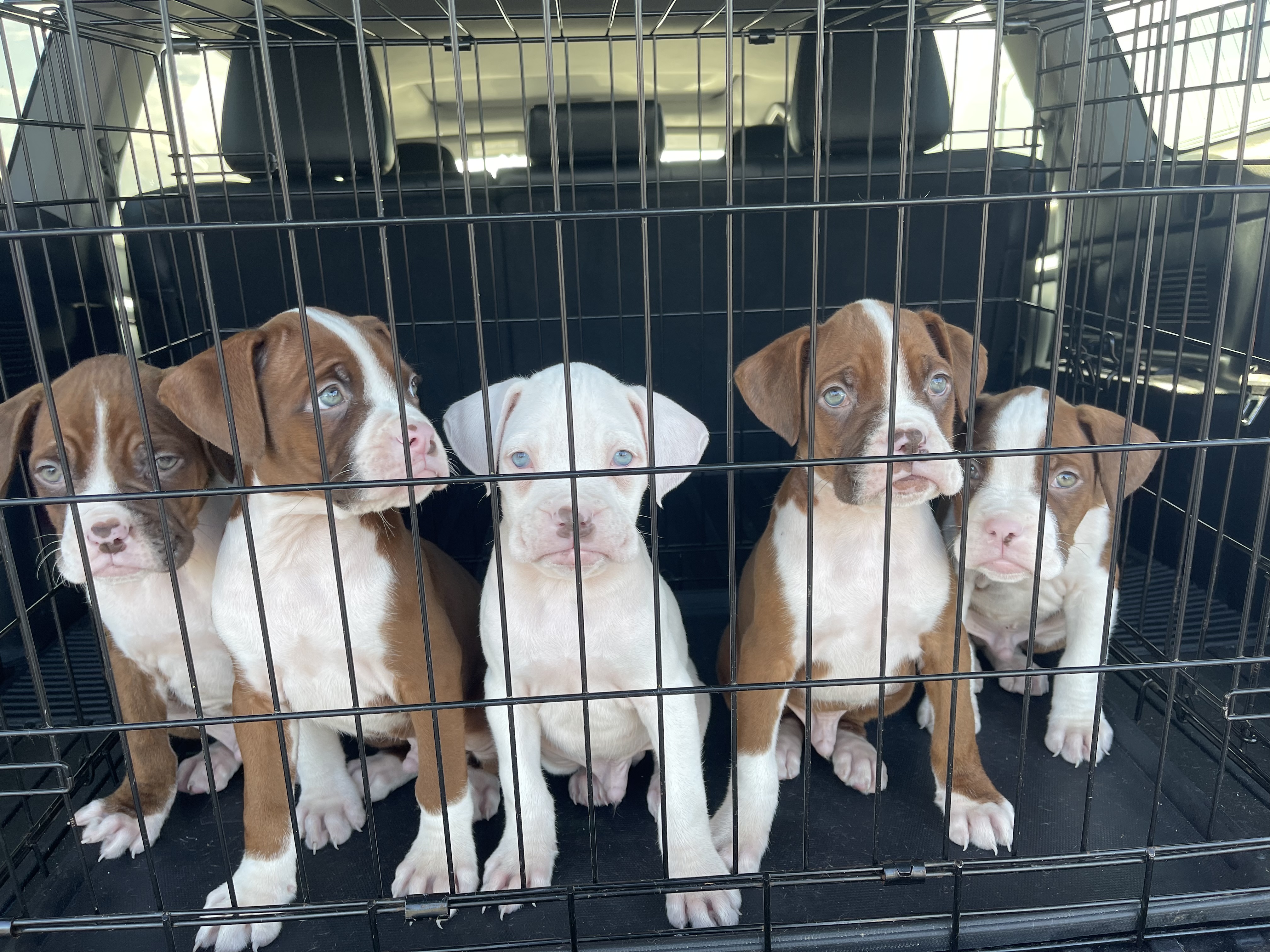 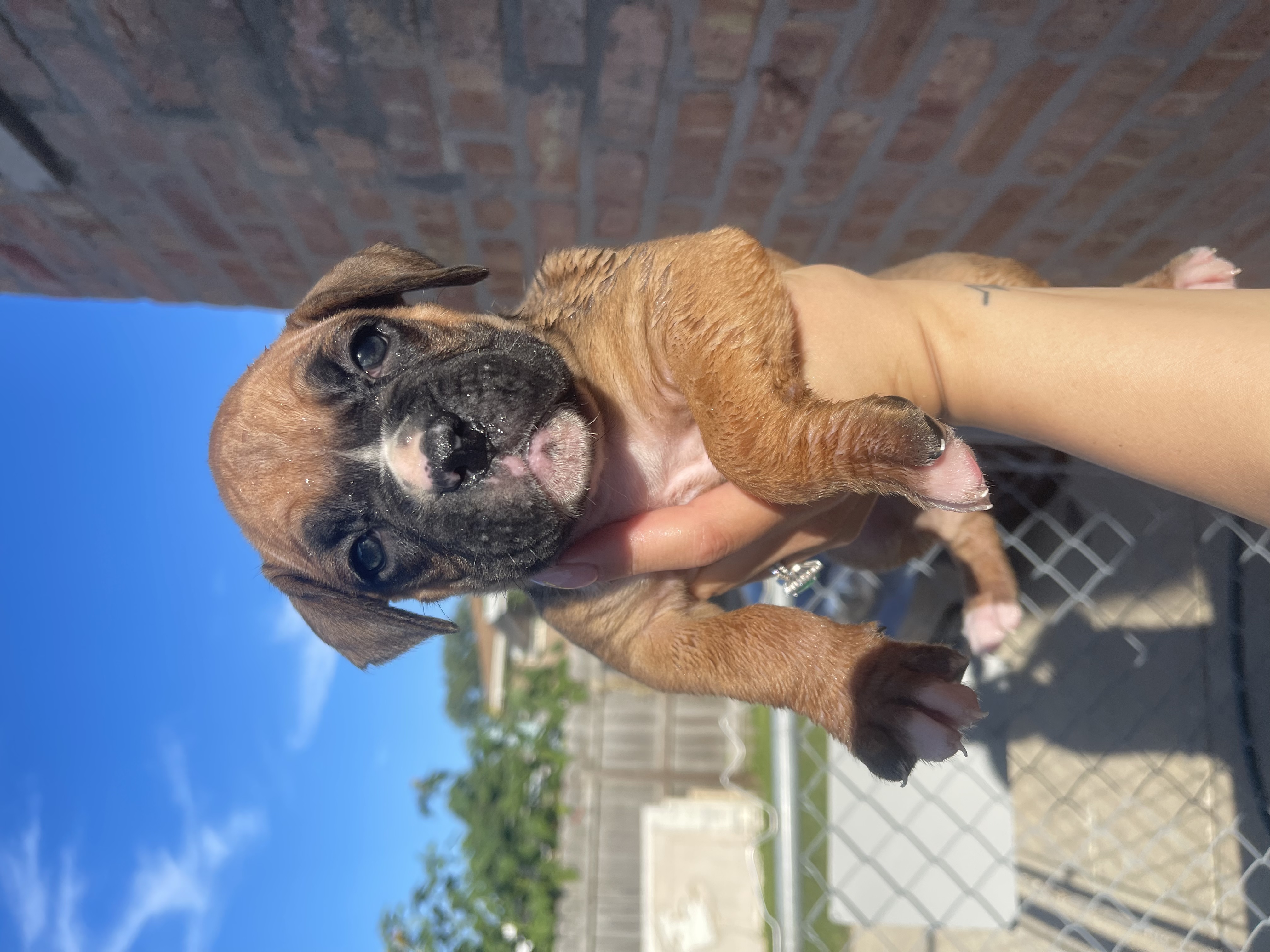 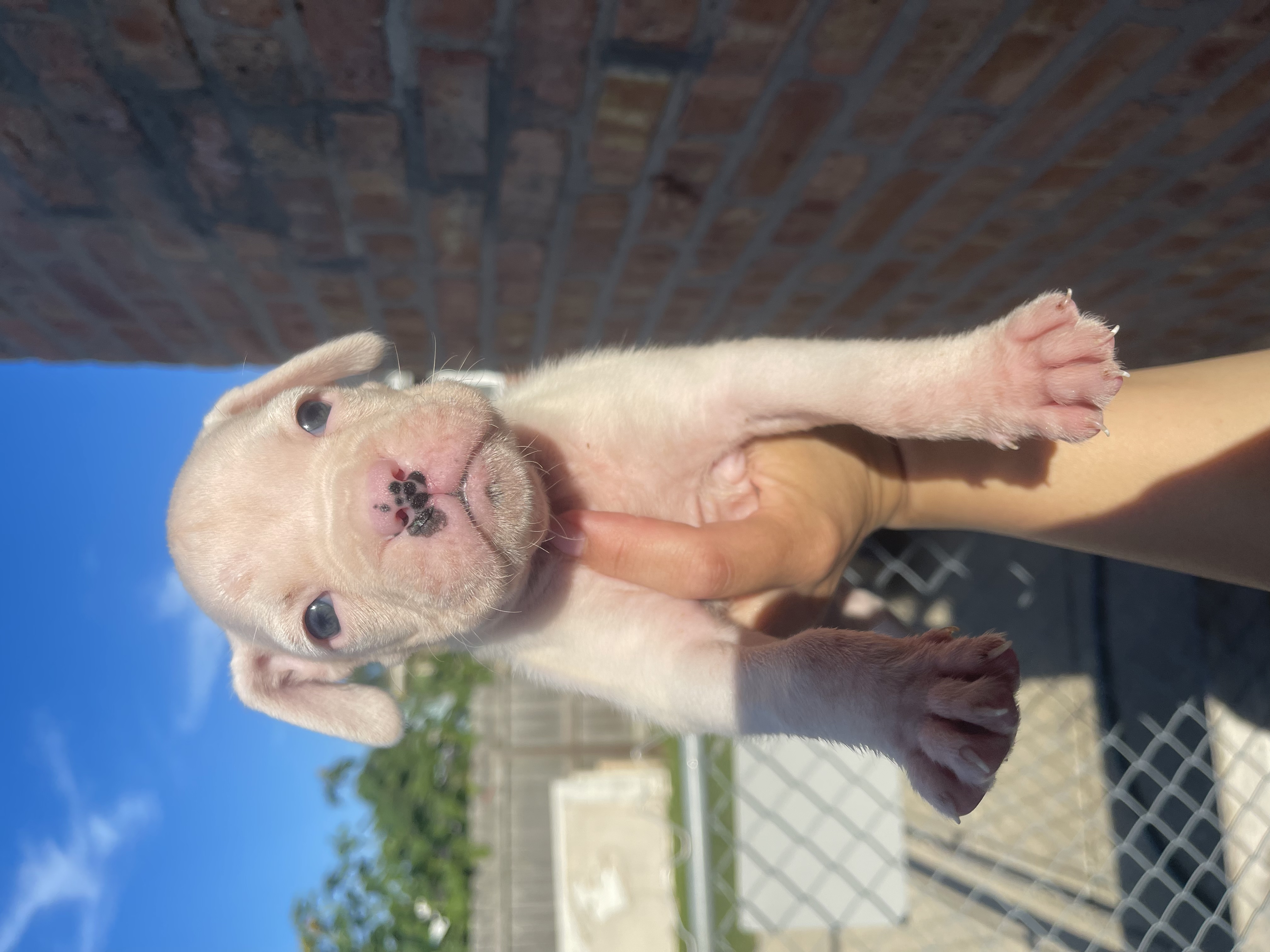 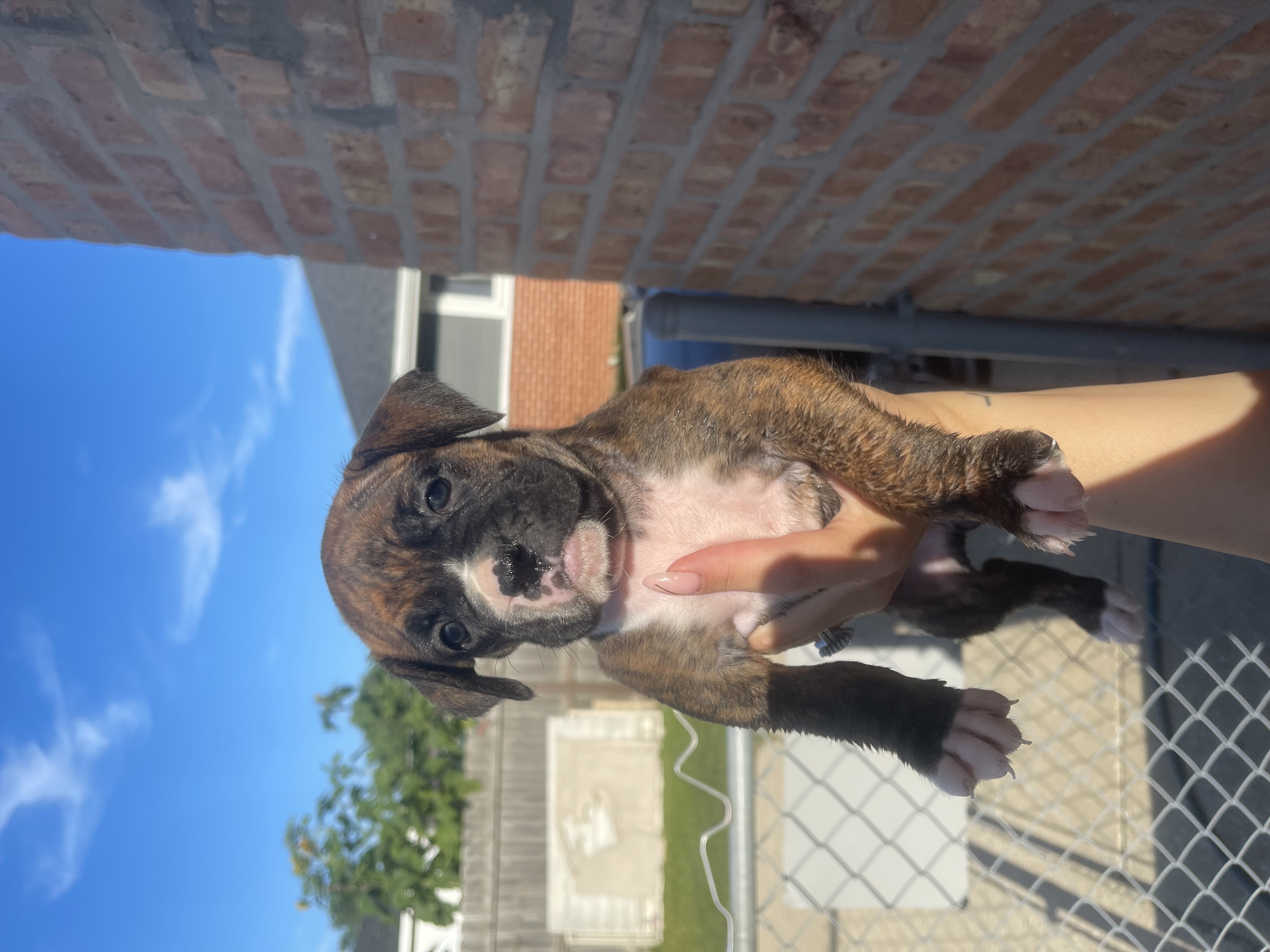