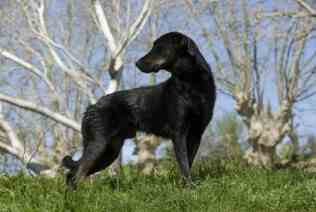 The Beauceron breed is known for their loyalty, patience and protective nature. They defend vigorously, to the point where it is suggested that children should not be disciplined in the same room as the Beauceron because the dog will protect the child at all costs.

This breed sports a short coat that only requires weekly brushing to maintain. During their shedding season, Beaucerons require extra attention.

Like most other dogs, Beaucerons can be susceptible to bloat which is the second most common killer of dogs. This occurs when the dog eats too much too fast and is also known as twisted stomach, or gastric torsion. The deep chest of the Beaucerons makes them particularly prone to this issue. Elbow and hip dysplasia may also be common health concerns for the breed.

These herding dogs require regular exercise on a daily basis including long walks and the ability to run off leash. Beaucerons also enjoy stimulating activities like agility class.

Training and socialization should occur for these dogs at an early age. In addition to the physical exercise of long walks, Beaucerons need the mental exercise that comes from training.